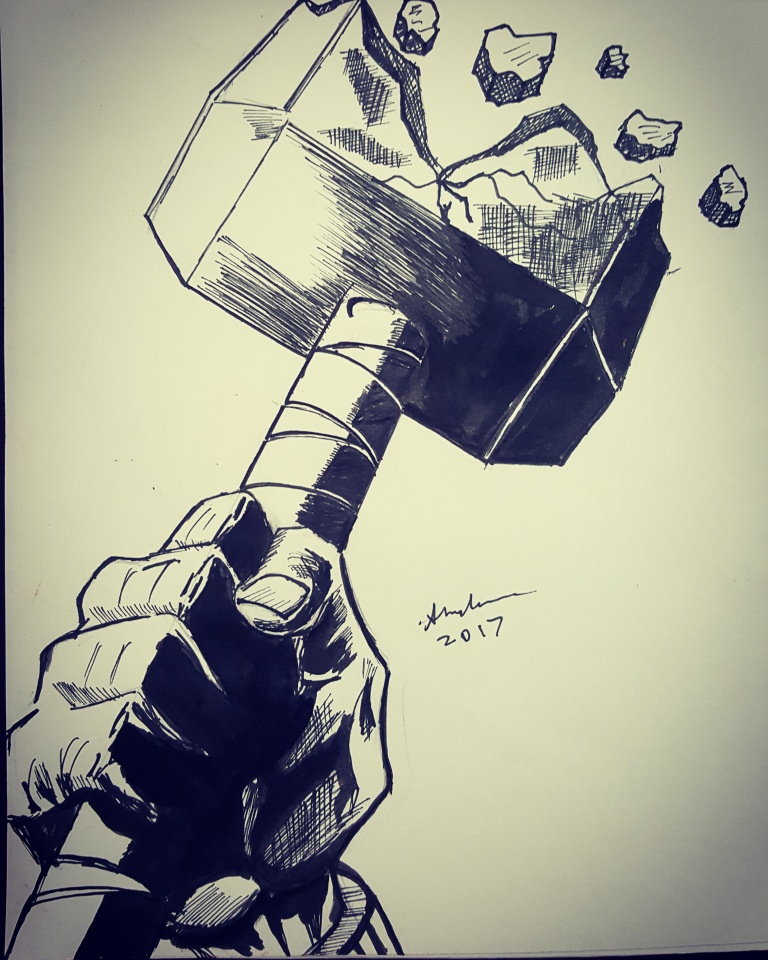 On we sweep with….cringy jokes

Our only goal is to make many more Guardians

So I watched Thor: Ragnarok today. I watched it in IMAX and had the best company for it. So everything leading up to the movie was perfect (except the astronomical ticket prices, but I guess there’s no point bitching about it). The movie however, was another joke fest from Marvel Studios. Yes, there’s some awesome action in it, but it is a comedy movie at its core. Don’t get me wrong, I love comedy movies, I love it when funny fat guys fall on their faces(The Hangover anyone?). I love it when Mary’s ex, Brett, actually turns out to be Brett Favre. I love it when things escalate quickly. BUT, I don’t like it when there are jokes(many lame and unfunny ones) forced into every situation.

Thor: Ragnarok is Marvel saying, Guardians of the Galaxy works, so let’s make all our movies like Guardians of The Galaxy.

Ragnarok, in Norse mythology is the Twilight of the Gods. It’s a very serious and ominous event (More details on that in another post). Even in the Marvel Comic Book Universe, it’s a serious event. Sadly, what we get on screen, is an improv sketch with one cringy joke after another.

1. Some jokes are actually funny.

3. Action scenes were exciting(especially the climax).

1. Too many jokes. No scene seemed to have any meaning or consequence. Everything is just a buildup to another joke.

2. A valkyrie is a bounty hunting, beer guzzling space-redneck.

3. Something called ‘The Devil’s Anus.’

4. Bruce Banner is still ‘always angry’ i.e. he still turns into The Hulk when it’s required.

5. The movie makers didn’t use AC/DC’s Thunderstruck as the soundtrack for Thor unleashing all his ‘thunderous’ power on Hela and her army.

It’s a formula that works, critically and commercially, so obviously Marvel won’t change it. Joke after joke, no consequence, every body’s happy. Except me(and a few others). The movie bombarded me with jokes and then sort of ended abruptly.

Check out more of my art at https://www.instagram.com/akarsh_shekhar/

If you’d like me to draw something for you, let me know in the comments below.

Till we meet again,